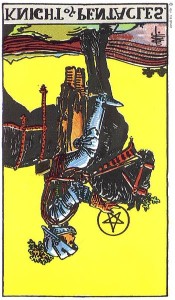 When the album “Let it Be” wasn’t (that’s not a typo) released between “The Beatles” (white album) and “Abbey Road”, various unofficial bootleg tapes of the recording sessions began circulating. They were fascinating to listen to. Up until this point we, the public, had been presented with a mostly perfect image of four successful pop musicians who could pretty much do no wrong (even when they did) and went about their work with good cheer. The “Let it Be” bootlegs were the sound of that band falling apart.  In between unpolished versions of the better known songs were many half played jams on old chestnuts and a bit of monkey business such as Lennon taking the mick out of McCartney by doing square dance calls as Paul tried to take the lads through “Teddy Boy”.

There was also a lot of talking. It was not the animated conversation of people working toward a shared goal. It sounded more like bored acquaintances waiting for the morning bus. At one point, while trying to lead the rest of the band out of yet another jam into yet another take of “Let it Be”, McCartney says, “Come on lads, back to the drudgery.” To which Lennon snaps. “It’s you McCartney. You’re the one making it drudgery.”

Hands up anyone who equates being a Beatle with drudgery. Yeah, I didn’t think so. And yet by the winter of 1969, at a point when in seven years they’d produced ten albums and umpteen singles (most with different songs than the albums) they’d apparently had enough, and confirmed that after their next and last album “Abbey Road”.

Some of you may be confused at this point. “Let it Be” was released after “Abbey Road” but recorded before. It was a low point for them, so much so that they couldn’t quite bring themselves to release it—twice. There was even a detailed, planted (I assume) story in Rolling Stone describing how the master tapes had been kidnapped, held for ransom and accidentally erased by an airport metal detector upon their return. Don’t bother Googling that. I only know about it because I read the original article shortly after the incident supposedly happened. Talk about covering your tracks. Anyway, after the band broke up John Lennon gave the tapes to Phil Spector to see if he could do anything with what Lennon referred to as a pile of shit.

So, what does all this have to do with the Knight of Pentacles being reversed? Well, the Knight of Pentacles is a workhorse on a workhorse, so to speak. And for the most part that suits this knight. He is all about manifesting in the material world—planting trees, building houses, recording albums (the producing product part as opposed to the joy of creativity part). This knight works away all day every day. And folks, let’s face it, you can focus on that and only that for only so long before you burn out, before you forget why you wanted to make widgets in the first place, before you feel stuck in an apparently endless rut of drudgery.

If even the Beatles could get fed up with being a Beatle because it turned into a seven day a week grind, then what chance do the rest of us have in sustaining full-time career choices for decades without taking the shine off them?  Take a break before you burn out. Cultivate other interests. Take inventory—are there still things you enjoy or find worthwhile about the career path you’re on? It might be time to move to something different.  What excites you? What are you interested in. The days when our parents would get a job and stay in it for 45 years seem well and truly over.

The trick is to know when it’s the right time to move on so you can leave on a high instead of bottoming out on a low. “Abbey Road” is a perfect example of leaving on a high.