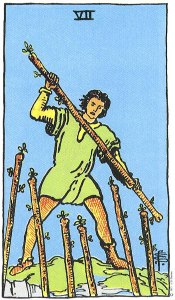 I had an online conversation begun with a post I put up about Kepler-186F, an earth-like planet with probable life that was identified in the Cygnus constellation about 500 light years from here. So if there are life forms, they are our closest neighbors.

This immediately inspired comments along the lines of hoping they aren’t as horrible as the parasitic inhabitants of our own planet. I was bemused by that since I was expecting more awe and less negativity. I wondered aloud which planet would try to colonize the other first.

The conversation eventually turned to an agreement that we are all creatures of shadow and light, and that often the shadow in ourselves is a reflection of someone else’s darkness, which is most likely reflected from elsewhere.  There is a quiet revolution going on where some of us are trying to reclaim our core being, who we were before this world tainted and conditionalized us. And then there are people who think that is a load of nonsense – we are just base creatures out to serve our own agenda with no regard for anyone else.

Now there’s a conflict to ponder – maintaining peaceful resolve and raising vibrations in the midst of chaos and corrupt, decaying, controlling institutions throwing at us whatever power they have left to survive. You could construe that conflict as an epic of Tolkien or Star Wars proportions if you think about it. But how does reacting to that darkness with our own darkness do anything other than perpetuate the darkness? Is peaceful resistance, and raising our awareness and vibrations as effective on this plane as we hope it is? What is the way forward when opposing ideologies insist on imposing their world view through conflict instead of allowing others to live in peace?

I’ve got more questions than answers today. If you have any ideas jot them below.

Meanwhile, here’s a more concise and coherent discussion of the Seven of Wands from when the card came up for me last.